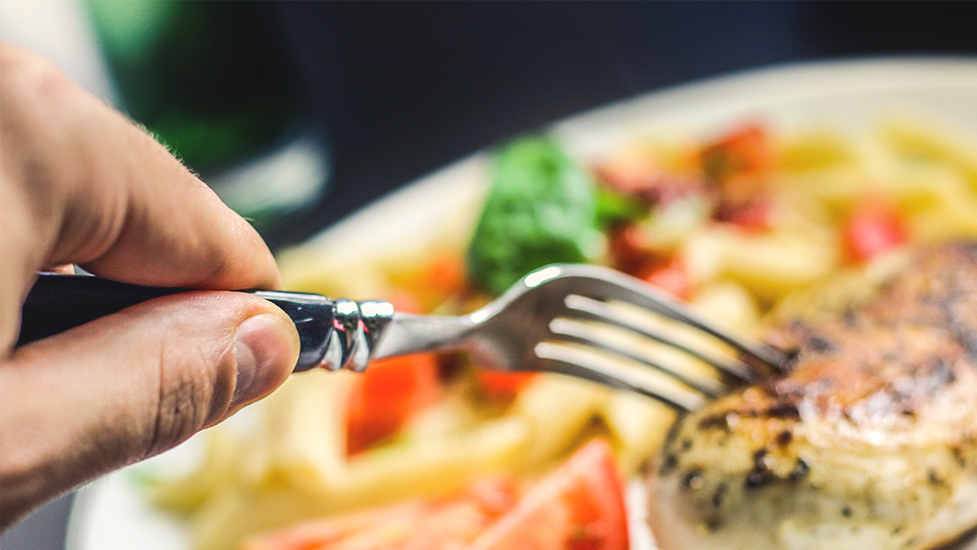 Being able to control your own eating habits is one of the most thrilling aspects of going to university away from home. All of the things that your parents would never purchase are suddenly available to you. That being said, there comes a time in the first few months when the novelty of eating anything you want wears off, and reaching that point may be the first step toward reaching true adulthood.

As a current student, I would say that pasta is the most commonly consumed food during everyone's university life. Which isn't a bad thing in and of itself, but when you just throw some pasta sauce in the pot and call it a meal, something isn't quite right. Because pasta is one of the cheapest things you can cook, why not spend a little extra money and have a far superior meal for your Saturday night-in? In which you can wow your boyfriend/girlfriend or even your housemates.

The recipe is called "Caponata pasta" and it is a simple vegetarian caponata spaghetti that will be ready in about 20 minutes.

In a big skillet, heat the oil and sauté the onion for 8-10 minutes, or until it begins to caramelize (or longer if you have time — the sweeter the better). For the last 2 minutes of cooking, add the garlic.

Add the mixed vegetables, tomatoes, capers, and raisins. Season to taste and cook, uncovered, for 10 minutes, or until you have a rich sauce.

Meanwhile, in a big saucepan, bring the water to a boil with a pinch of salt. Cook until the pasta is soft but still has a bite, then drain, keeping part of the pasta water. Pour the pasta into the sauce, adding a dash of pasta water if necessary. Serve straight from the pan, garnished with basil leaves and parmesan if desired.