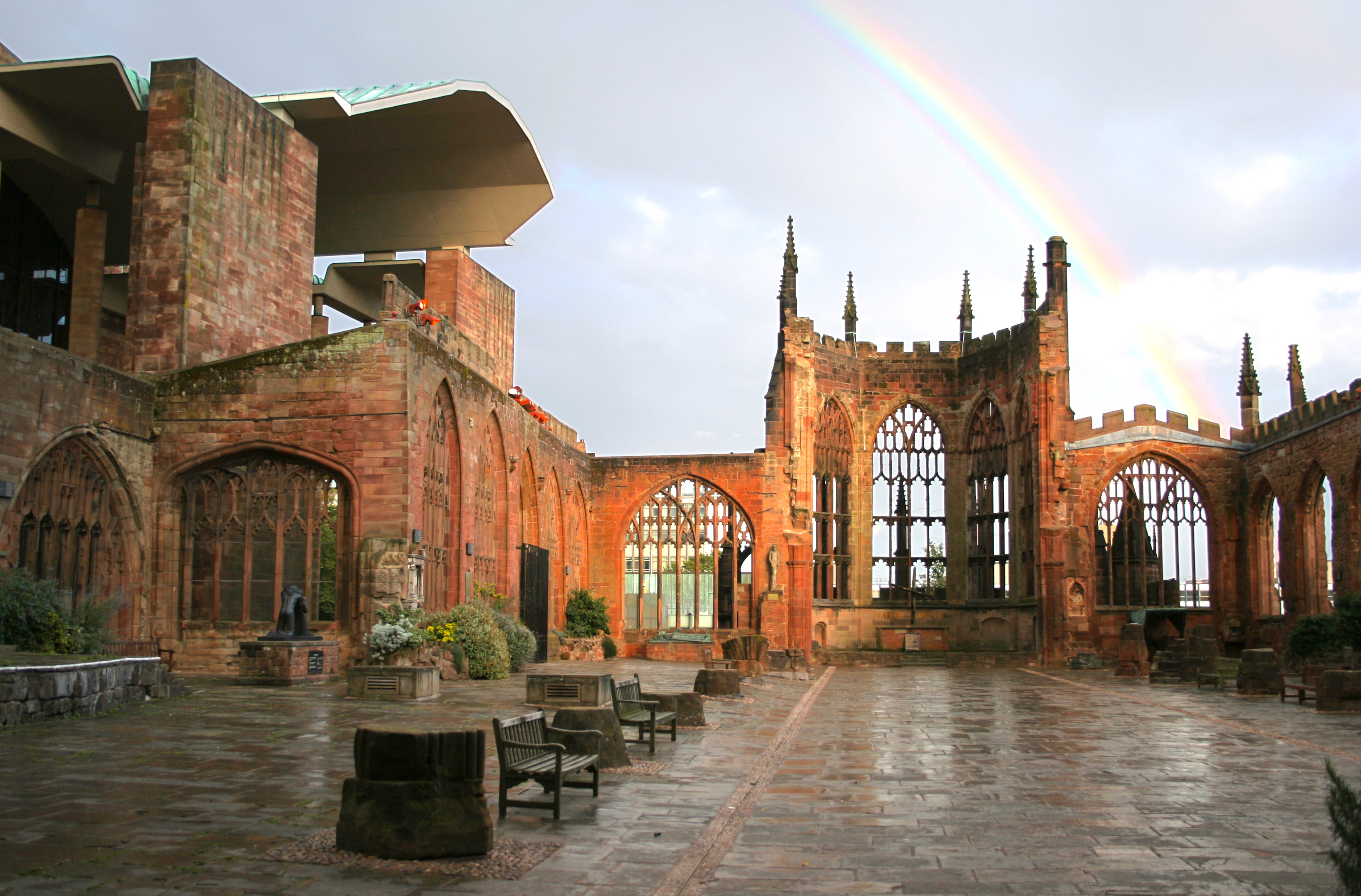 The month of May is Local and Community History Month, which raises awareness of the history of local communities. This blog is going to give you a brief summary of some of the historical aspects of Coventry.

According to historians, Coventry’s name originated from the Saxon times. It has evolved from the name ‘Cofantreo’, whereby Cofa was an early settler and tree was how the territory was marked. Some of the variations of the name across the last few centuries have included Coventria, Coventrev and Coventre before today’s name Coventry.

Lady Godiva
The Godiva Statue
Lady Godiva is an important figure in the history of Coventry.

She is a legitimate figure, the wife of Leofric, the Earl of Mercia, who together founded a number of monasteries in Warwickshire, including in Coventry in 1043.

Lady Godiva is remembered today as a legend. Her husband Leofric was imposing a high tax on the people of Coventry. The story that is told is that Leofric told Godiva, that if she rode through the streets of Coventry naked, he would remove the tax.

﻿Lady Godiva did just this and rode on a horse through the streets of Coventry on market day, completely naked, only covered by her long hair.

Before the quest began, Godiva told all the citizens in Coventry to stay at home in order for her modesty to be reserved. However, one man, known as Peeping Tom, ignored this instruction and instead observed Lady Godiva, but became blinded by her instantly. The image of this is depicted in the Godiva Clock Tower.

Despite no castle being seen today in Coventry, there is a lot of evidence that indicates that once there was a castle in Coventry. It is thought to have been built in the 12th century and demolished in the late 12th century. It was built by the Earl of Chester, Ranulf Gernons. The castle however was destroyed by King Henry II, who sent a strong force to Coventry to destroy it.

It is thought that the castle was built around Broadgate (where the Godiva Statue is situated) as some papers have referred to “the broad gate of my castle”.

The only remains of the castle thought to be standing is the Caesars Towers, as part of the St Mary’s Guildhall, which was rebuilt after the WWII bombing. 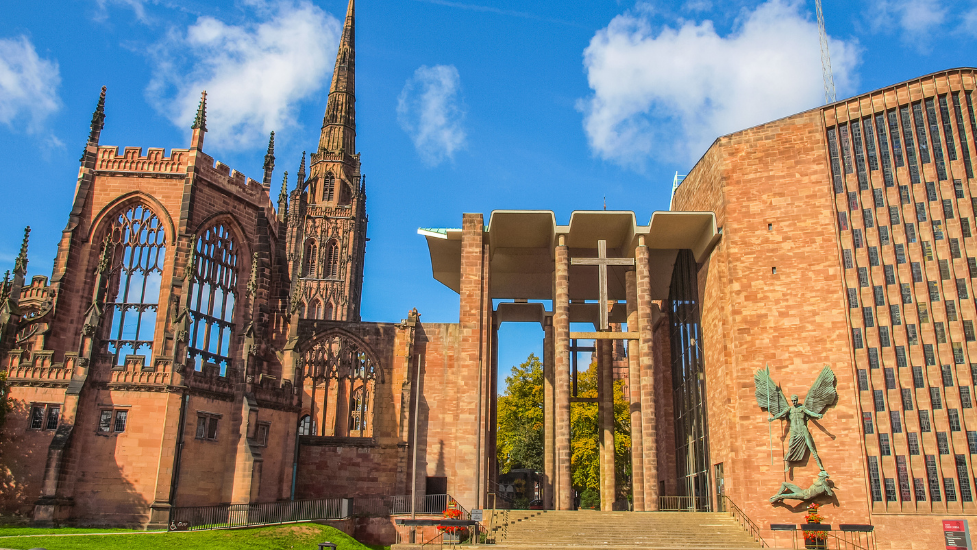 St Michael’s Cathedral prior to the bombing

In the past 1000 years, Coventry has had 3 cathedrals. The first is the St Mary’s Cathedral, founded by Lady Godiva and her husband Leofric, the Earl of Mercia, where it fell to decay in 1539. In 1918 it was rebuilt and named

The second was the St Michaels Cathedral, before known as a gothic church built in the 14th century, later assigned as a cathedral. In 1940, during an enemy air attack of WW II, this cathedral suffered a severe bombing, leaving the cathedral burning.

The day after this bombing, the decision to rebuild the cathedral was made.

The New St Michaels Cathedral was built adjacent to the ruins (the tower, spire and outer wall) of the one that burned in the bomb. The rebuilding was said to be an act of faith, hope and trust for the future, as well as defiance.

Today the ruins are preserved as a memorial and have also featured as a backdrop in films.

It is thought that the Industrial Revolution left a thumb print on Coventry.

In the 20th century, Earlson in Coventry was known for its watchmakers, ribbon weavers, bicycles and cotton mills.

In 1896, Coventry was the first city in England to create cars on a commercial basis, these being made in a former cotton mill in Radford, named the Daimler plant. As manufacturing increased, there were more and more car factories

Coventry earnt the title of ‘motor city’ or ‘Britain’s Detroit’ due to the city’s high production of cars as Coventry became the birthplace of the British Motor Industry.

If you would like to read up more about the history of Coventry, below are some useful links. 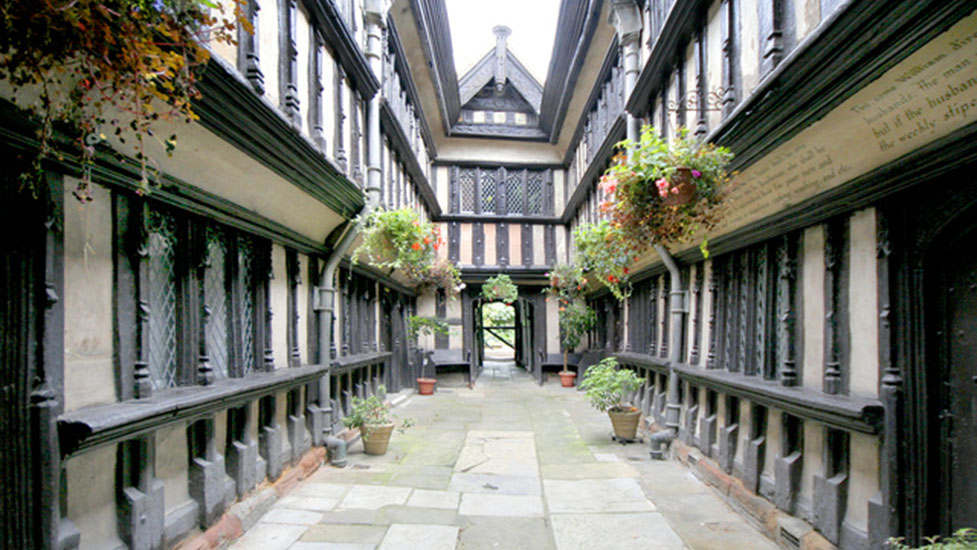