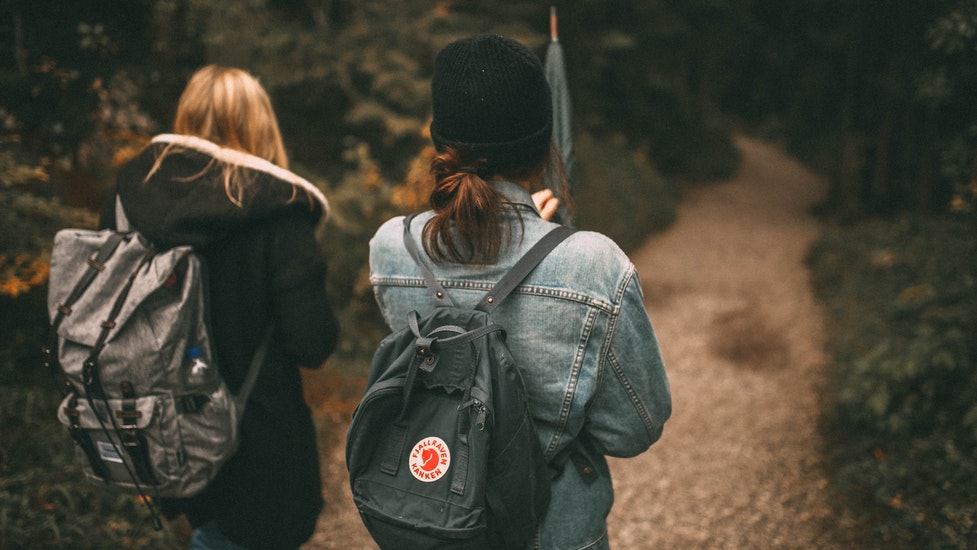 Student Blog: The Countdown: Maintaining friendships as an international student

﻿Day 30 at Uni. One entire month since I left home, one month since my parents sat me down and asked me one last time if I was sure. Honestly, as nervous as I was to come to QMU, my excitement overcame the fear of moving abroad, to a place new to me, where I was completely new in. Most of all though- one entire month since I last saw my best friend *cue eye roll, judging cringey, wannabe-relatable teenager*.  Disclaimer: the following blog was written by an Irish student- therefore, colloquialisms which may be used, have not been altered, in order to maintain authenticity. All ‘translations’ will be explained below.

(For the purposes of this blog’s anonymity, said best friend’s name will be changed), but also, and (not going to lie) in an attempt to avoid slagging₁ when said friend, who will from now on will be referred to as ‘Bernie’, will inevitably find this blog post.

I, like most prospective Uni students, was on the receiving end of my fair share of useful (as well as useless) nuggets of information and advice in the weeks leading up to my move abroad to Uni. ‘Don’t leave your work until the last minute’ ‘Don’t go out too much’ ‘Try to cook for yourself’ ‘The Freshman 15 is a real thing’(yet to be confirmed)... and so on... Yet I think that ‘You find out who your real friends are at Uni’ has been the truest of them all.

Now, not to be a show-off, or to make this blog too cringey, but I am of the impression that I have the best ‘Best Friend’ in the entire world. Attempt to correct me if I you believe I am wrong, but I do have evidence to support this. Bernie is the type of friend who will ask you if you’re doing anything that evening, and arrive at your door half an hour later with popcorn, in a hoodie and pyjama pants, but also the type who will not go back home for 2 days. Bernie’s the type who’ll wake you up by jumping on you and blasting Mamma Mia in your ear, having had breakfast with your mom and filled her in on your life (to my annoyance).

Even though we spoke almost every day these past 2 years, she managed to throw a surprise going away party for me before I came here, and invited all my favourite people.  She spent hours writing paragraphs upon paragraphs to me in my laptop’s notepad, over the few weeks before I moved away, which never cease to throw me into a fit of cry-laughter, in case I was ever sad at Uni and that she couldn’t call me to cheer me up. ‘Bernie’ and I, in an attempt to see how long we could spend in each others’ company before we became ‘sh*t sick of each other’ (in her words), spent 4 solid days together- which, I am surprised to say, did not end in a short-term fall-out. ‘Bernie’ even sent me a surprise box of personalised chocolate and a card with a collection of horrendous pictures of us on it. Although we contact each other every single day, she is rarely ever not willing to talk to me. If she’s out with our friends, she’ll chat to me quickly or promise to FaceTime when she comes home. She’ll tell me when to ‘cop on’ and when to stop being hard on myself. We’ll vent about our little problems and she’ll let me have a virtual sob-session₂ (a service I have availed of many a time).

Most importantly though, tomorrow, in less than 24 hours, I will see Bernie for the first time in 31 days, probably the longest we have ever been apart since we became friends. To say I am excited would be an understatement. We have had countdowns on our mobile phones and calendars since the day I left home. I have been ordered (by Bernie herself)  to make a poster with her name on it to hold at the Arrivals gate, and waterproof mascara will be a requirement.

To say I was worried about the fate of our friendship a month ago would be an understatement. Haunted by adults telling me about all the friends they gained in Uni who replaced school friends they are no longer in contact with, I had many nights of broken sleep and worry.

So, to all prospective students who are currently in the same dilemma as I was – the friends who are worth having will support you, and your decision, even if you do move abroad.  Do not let friendships become a reason for you not to make the right decision for you, because although Bernie may say I ‘left her’ with a joking eye roll, I can confirm that I, as of now, am at one of the happiest points of my life so far at QMU.