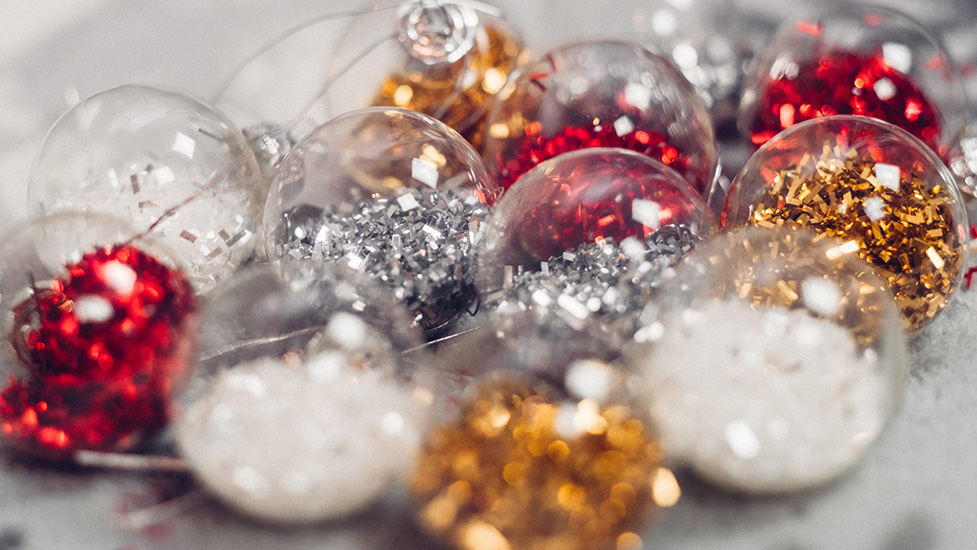 Maria's Blog: What to expect if you’re staying at Uni for Christmas

Winter is coooomiiiing! Or… Not yet.

But it will be soon.

Let’s face it, I’m not the only one who’s already waiting for Christmas. I bet that even some of those people that publicly say that they don’t care much about it do. And I know that because I used to be one of them: one of the grumpy ones, one of the party poopers.

But let’s face it: As soon as it starts getting dark outside really early, you start expecting snow and along with it… The red old man. Even if Christmas isn’t a part of your culture, you can’t help but feed on other people’s positive vibes during that time. Kids are happy, cookies are tasty, Christmas lights are really pretty and if it happens to snow on the 25th than you could, for a second, start believing in magic.

Now let’s leave this little bubble of joy of ours just so that I can give you some advice. Because whenever I sit myself down to write for my blog I realise that I have a favourite theme: advice for my fellow confused international peers! Yay…

So you know how earlier this month there was a celebration in the UK called Bonfire Night?

Of course you do. You must’ve heard everything.

So then you’ve already had a taste of the weird-but-kind-of-cool British holiday collection. I don’t mean it in a bad way, obviously each culture has its own questionable-but-kinda-cool celebration. At least I think so. I mean… In Romania, we celebrate National Workers’ day by not working.

Looking at the history of Bonfire night is interesting, but I am not going to get into that now because the hype has already passed. But it is really interesting to look at the history of such special days. So I wanted to see if I could find something similar in British culture. And then I found boxing day.

Boxing day is what’s led me to use this specific title for the post. Because if you are an international student that for whatever reason will get to spend Christmas in Edinburgh… I am advising you to watch your pockets.

I’m kidding. Just find a spending strategy that works for you.

So you can think about Boxing day just like a sort of Black Friday, only with a cooler name… aaaand a more complex meaning. The name comes from an old tradition. I expected it to be linked to fist fights, but it’s actually about boxes. Gift boxes!!

Traditionally, employers would give their employees a small gift or some free food nicely packed in a box to take at home the day right after Christmas. That’s how the 26th of December has become a public holiday in the UK. That’s sweet, right?

Boxing day is now celebrated by going to the cinema with family and friends, playing sports such as football and horse-riding and… extra gifts!!!

Apparently the deals that you get on Boxing day are comparable to the ones on Black Friday, so in case you haven’t yet managed to put money away for that new laptop/camera/cosy sweater that you like, don’t worry. You have one more month to do that!