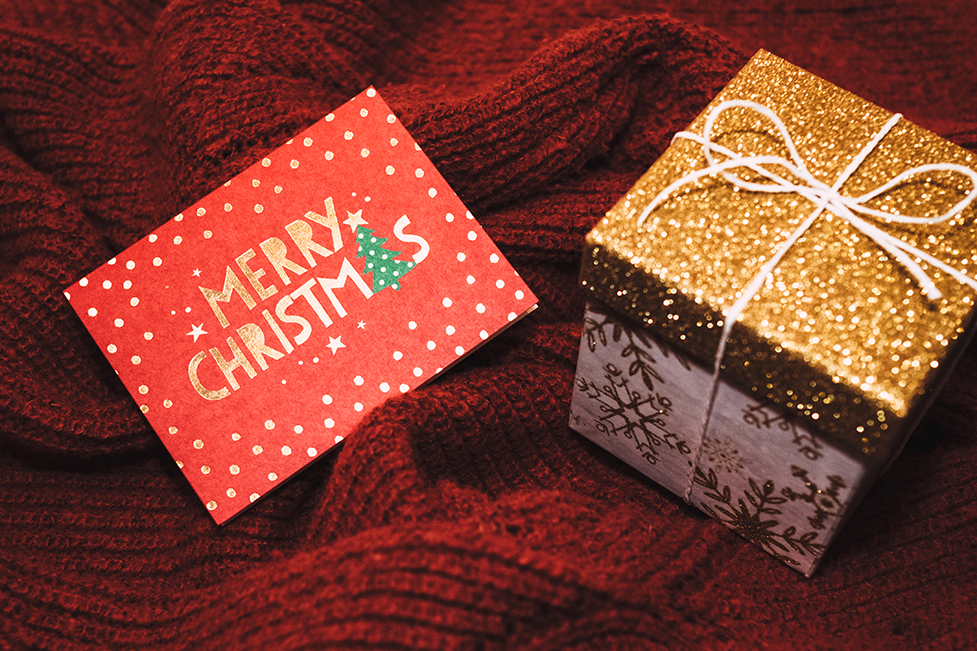 It’s that time of the year when bright lights fill up the city, hot chocolate with lots of different flavours appear, the thick sweaters come out and the faint sound of “All I Want for Christmas” can be heard everywhere. Some might say it’s too early, but I’m a sucker for everything Christmas. Therefore, I decided to make a gift for the early birds who want to get their Christmas gifts out of the way. This list is a DIY compilation since a lot of us won’t have the money to buy the biggest presents and this is a unique and personal way of giving a gift.

Idea 1 - Memory Picture Frame: Many of us will have moved away from home which means that we don’t get to see our family and friends too often. Therefore, a memory box of sorts might be the perfect way for your family to miss you a little less. All you need is a picture frame, some pictures that remind you of the person you’re giving the present to and to spice things up a little more, get dried flowers and ripped pieces of paper to add into the frame. You can either glue all of this to the glass or make sure that the back of the frame is tight enough so the items don’t move around. Another idea is to cut off little quotes from books or magazines that you love and stick them in there as well. Organized all your items in patterns or make it more of an abstract look.

Idea 2 - Cosy Gift Basket: This one can be customized in whichever way you want it to. A classic example is finding a box or a basket and putting a bunch of different thing in it that all revolve around one theme. This could be a movie night in where the gift is full of popcorn, candy, a list of best shows and film and much more. Another idea is spa day which would include face masks, lip balm, scented candles, magazines and bath bombs. This gift idea is super easy and can be altered depending on who’s getting it. Additionally, the box or the basket can be decorated for an extra finishing touch.

Idea 3 - Homemade Salt Blends: My dad loves to cook and this is an idea inspired by him. This idea is very simple, however, you can get as creative with the flavours as you want. The trick is to do half salt and half the ingredient you want to mix in it. The flavours could be garlic, oregano, smoked paprika, rosemary, chilli, mixed herbs, barbeque and whatever you can come up with. A cute way of making this an aesthetic gift is to choose 4 or 6 flavours, put them in little jars, make labels for each flavour and them put them in a box with tissue paper so it’s almost like a little cooking kit.

Idea 4 - Long Distance Board: Often it can be hard to be away from your family and friends but a nice way to be reminded of them is through this DIY creation. What you’ll need is 2 different colours of yarn, screws or nails and a wooden board around the size of an A4 piece of paper. Firstly, you will need to draw out the outline of the different countries you’re in so if you’re at QMU, it would, of course, be Scotland and then your country of origin for example. Make sure there’s a little bit of space between them since this will make a difference later. When the outlines are done, put nails in the board around them. For a nice, consistent look make a 1 cm space between the nails either with a hammer or a screwdriver. When the nails are in the board, tie a piece of yarn to one of the screws and start twisting them all around all the nails in one of the outline until it’s covered. Do this with another colour on the other outline. In between the two outlines, draw little lines which end up meeting in the middle to form a heart.

I hope these ideas were a helpful way for you to save money but still give a great gift for the people you love and care about. Presents don’t have to be expensive or extravagant but if it comes from the heart and someone really thought about what they wanted to give you those can be the best presents you’ll ever receive.