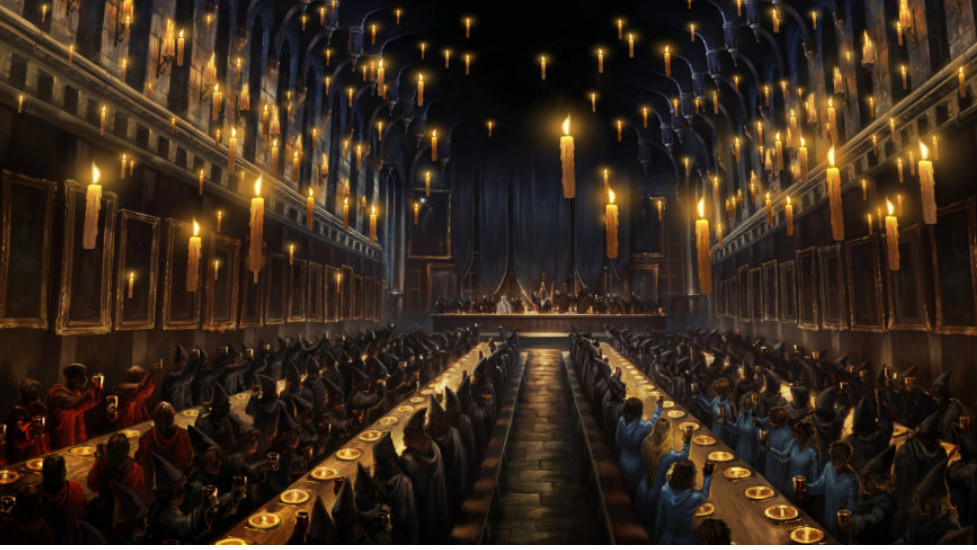 Many of grew up both reading about and watching Harry Potter with some hope that the letter of acceptance from Hogwarts would come through the letterbox (no post on Sundays though). Unfortunately, you have ended up, not at Hogwarts but QMU. However, some of you may not know that Edinburgh is the birthplace of Harry Potter and some of J.K. Rowling’s biggest inspirations have come from the city. There is a free Harry Potter tour that leaves from the Greyfriars Bobby statue on George IV bridge at 3pm on Wednesdays, Fridays, Saturdays and Sundays at 3pm. If you cannot find the time to go on this tour, I have listed below some of the main inspirations behind the books and where they are so you can visit if you wish in your spare time.

Calling itself “The Birthplace of Harry Potter” the Elephant House is a nice albeit slightly expensive café on George IV bridge. Take a trip to the toilet (even if you don’t need) as the bathrooms are covered in Harry Potter references from customers who have visited The Elephant House. Despite writing some of the 2nd and third books here she wrote most of the first book in the series in a nearby café called Nicolson Café, now called Spoon.

Walking down Victoria Street from George IV bridge you would admit that it is an unusual quirky street. Get to the bottom and turn around and it will start to look really familiar. These high-rise buildings look all too similar to Diagon Alley. And that’s not where the inspiration stops. There is a joke shop at the bottom of the street that may be where Rowling got her idea for Fred and George’s Joke shop. Also, when Rowling was writing the book there was and RBS bank situated on the street. Could that be the inspiration for Gringotts?

The first stop on The Potter trail, the free Harry Potter tour and this is the place that J.K Rowling took many of the names of her characters. The biggest one being Tom Riddle who would later become He-Who-Must-Not-Be-Named (its Voldemort btw). The original however is spelt Tom Riddell. Many believed this is so Rowling could change Tom Marvolo Riddle into “I am Lord Voldemort” in The Chamber of Secrets.

Behind the Graveyard lies George Herriot School. Just looking at it and you will notice what it inspired. Hogwarts. On top of this J.K. Rowling based the houses of Hogwarts on the house system used here.

Along Potterrow street you will find an underpass called Potterrow Port. This is believed to be the inspiration for the scene in the Order of the Phoenix when Harry and Dudley get attacked by the Dementors.

The final location that I have identified is not one which has been confirmed as an inspiration and it may just be a coincidence but I would like to share my reasoning with you for The Three Sisters. A lively pub on cowgate and a popular spot for students, it has a lot of similarities to The Three Broomsticks, the pub in Hogsmeade where one can get a butterbeer. Even if it ends up not being an inspiration The Three Sisters in a nice place to have a meal or a couple of drinks.