What is Dr Who?

Dr Who is a British science fiction television programme produced by the BBC since 1963. The tv programme portrays the adventures of a Time Lord called “the doctor”, a mysterious 2000-year-old time travelling figure, who appears to be human. The Doctor explores the universe in a time-travelling spaceship called the TARDIS. With a number of companions, the Doctor combats a variety of foes while working to save civilisations and help people in need. The show is a significant part of British popular culture.

﻿ Who is Delia Derbyshire and why is she special to Coventry?

Delia Derbyshire was born in Coventry in 1937 and grew up in the upper working-class family. She was an English musician and composer of electronic music who created the eerie Doctor Who theme music while at the BBC Radiophonic Workshop in the 60s. Her arrangement of the Doctor Who theme contributed massively to the growing public awareness and appreciation of electronic music in Britain. Sadly, at the time and during her lifetime, she was not credited for her work on the Doctor Who theme. Delia Derbyshire created a new wave of sounds and arrangements in music during the 1960s and 1970s and paved the way for women working in the music production business.

Fun fact: elements of Derbyshire’s version can still be heard in Segun Akinola’s arrangement of the theme for the programme’s 2018 series

It was here, in Coventry, in 1962 that Delia Derbyshire gained access to the experimental Radiophonic Workshop and went to transform a written score by Ron Grainer for the new series, Doctor Who, into an iconic piece of electronic music. In 2017, Delia Derbyshire was honoured with a posthumous honorary doctorate from Coventry University.

“We are really pleased to have this artwork and hope it will inspire people to look into Delia’s story, especially girls who may be encouraged to study STEM subjects or to look at these subjects in a different way – just like Delia did. We know Delia started her career she was subject to discrimination battling in a man’s industry. It is thanks to her tenacity that she was able to achieve her ambition and to push the boundaries of music, the legacy of which is still being felt today.” (Coventry University 2018) 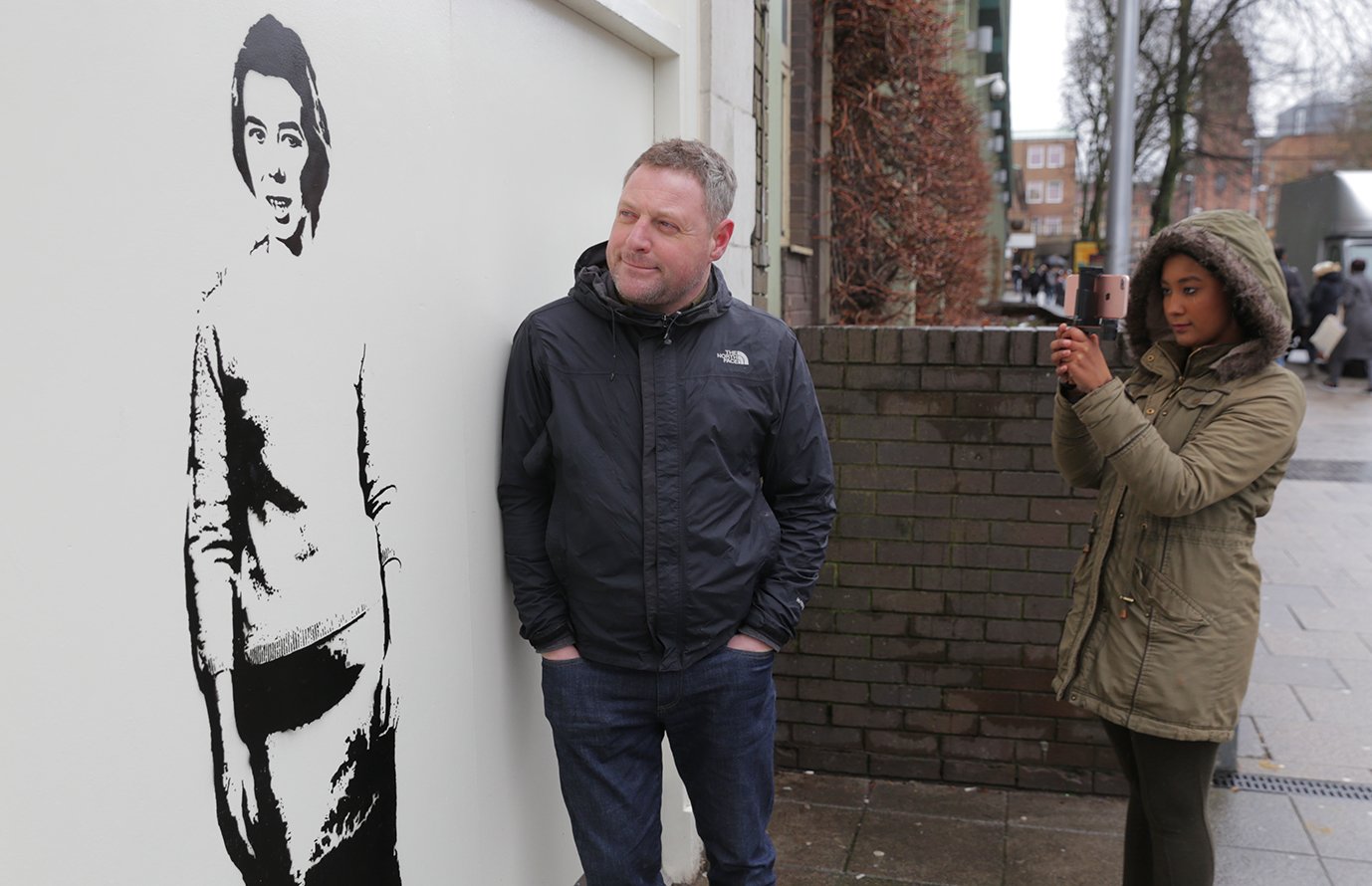