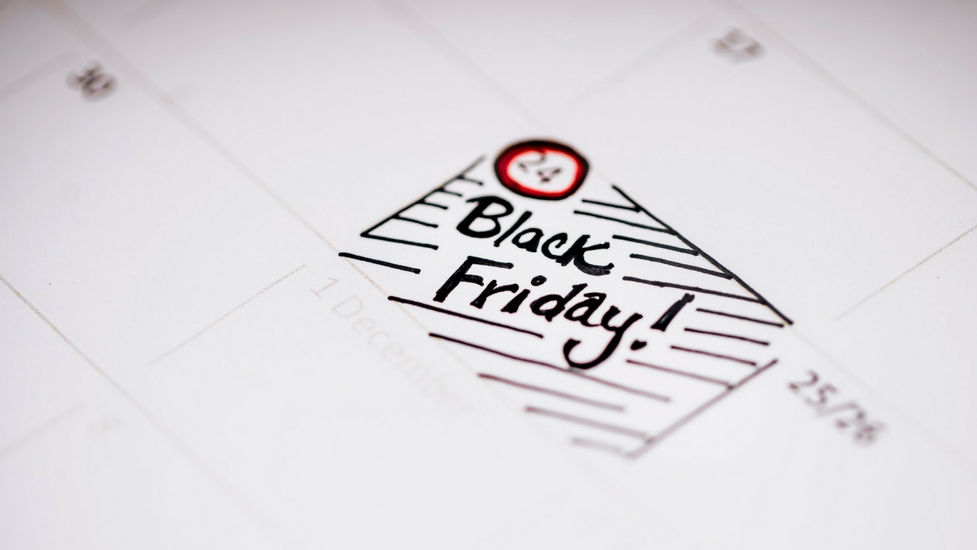 Black Friday has become an international day of spending and bargain hunting for many, but like so many other things nowadays it’s not always obvious where it came from. In this article we’ll explore a bit about what black Friday is, where it came from and how to survive what is for many retailers their busiest day of the year.

What is black Friday and where did it come from?

Black Friday is an informal name for the Friday following Thanksgiving Day in the United States, which is celebrated on the fourth Thursday of November. The day after Thanksgiving has been regarded as the start of the United States Christmas shopping season since around 1952. However, the term "Black Friday" did not become widely used until more recent decades.

The earliest evidence of the phrase Black Friday originated in Philadelphia 1961, where it was used by police to describe the unusually high amount of pedestrians and traffic that would occur on the day after Thanksgiving.

As the phrase became more widespread, a popular explanation became that this day represented the point in the year when retailers begin to turn a profit, thus going from being "in the red" to being "in the black”.

Use of the phrase spread slowly, first appearing in The New York Times on November 29, 1975, in which it still refers specifically to "the busiest shopping and traffic day of the year" in Philadelphia. Although it soon became more widespread, The Philadelphia Inquirer reported in 1985 that retailers in Cincinnati and Los Angeles were still unaware of the term.

Black Friday is often the busiest shopping day of the year in the United States since 2005.

Black Friday is a shopping day for a combination of reasons. As the first day after the last major holiday before Christmas, it marks the unofficial beginning of the Christmas shopping season. Additionally, many American employers give their employees the day off as part of the Thanksgiving holiday weekend. In order to take advantage of this, virtually all retailers in the country, big and small, offer various sales including limited amounts of doorbuster/doorcrasher/doorsmasher items to entice traffic. The early 2010s have seen retailers extend beyond normal hours in order to maintain an edge or to simply keep up with the competition.

In the United Kingdom, the term "Black Friday" originated within the Police and NHS to refer to the Friday before Christmas. It is the day when emergency services activate contingency plans to cope with the increase in workload due to many people going out drinking on the last Friday before Christmas. Contingencies can include setting up mobile field hospitals near City Centre nightspots. The term has then been adopted outside those services to refer to the evening and night of the Friday immediately before Christmas, and would now be considered a mainstream term and not simply as jargon of the emergency services.

Traditionally, Boxing Day had been considered the biggest shopping day of the year in the UK. In the 2010s, several American-owned retailers such as Amazon and Asda (owned by Walmart), began to hold U.S.-style Black Friday promotions; in 2014, more British retailers began to adopt the concept, including Argos, John Lewis, and Very. That year, police forces were called to shops across Britain to deal with crowd control issues, assaults, threatening customers, and traffic issues. In response to incidents at branches of Tesco, Greater Manchester Police's deputy chief constable Ian Hopkins said shoppers had behaved in an "appalling" fashion, and criticised shops for not making adequate security arrangements to ensure the safety of customers.”

How to get through black Friday with some cash left over for Christmas!

Black Friday can be a great opportunity to grab that piece of tech or that branded fashion wear that would be unobtainable at any other point in the year. It can also be a great opportunity to get some Christmas presents in for family and friends. However without careful planning it can be easy to get swept up in the avalanche of promotional emails that will fly into your inbox. Here are a few tips to help you get through black Friday with enough money left for the taxi home form the station at Christmas.

Whether or not you agree with the “Holiday”, whether you partake in the spending or not. Whether you use it as an opportunity to buy the things you want or need or whether you use it as an opportunity to bless others by buying gifts for them or to treat yourself at the end of the first seamster back at uni… enjoy it! Take a moment to remember how fortunate you are to be in a position where you can own luxury items and also have food on the table and shelter.